Ravens See Pass-Catching Tight Ends Throughout Draft, But May Still Need Another Veteran

After the addition of free-agent wide receivers Michael Crabtree and Smokey Brown, the Ravens' biggest need now may be at tight end.

The question is how to fill the need.

The free-agent options have dwindled significantly, which leads pundits to look to the draft as possibly the best avenue for the Ravens at this point.

Perhaps that's why ESPN's Todd McShay projected in his latest mock draft that Baltimore will take South Carolina's Hayden Hurst at pick No. 16.

"The Ravens need another playmaking pass-catcher, and Hurst fits the bill," McShay wrote. "I have Dallas Goedert ranked ahead of Hurst, but I think I'm in the minority."

Hurst is a junior who caught 92 passes for 1,175 yards and three touchdowns the past two seasons. At 6-foot-4, 250 pounds, he may be the best all-around tight end prospect in this year's draft.

Hurst has competition for the top spot, however, as other analysts like South Dakota State's Goedert (a small-school production monster with highlight-reel catches) and Penn State's Mike Gesicki (an NFL Scouting Combine freak) more.

One, two, or perhaps none, could be drafted in the first round, though few pundits have them going as high as McShay at No. 16.

"There are some pretty good ones out there. And they're of the athletic variety, pass-catching tight ends that certainly could help impact our offense," Director of College Scouting Joe Hortiz said.

"So, from that standpoint, I think there are going to be some guys, targets, for us in each of the rounds who can come in and help us."

But how quickly can any rookie tight end help in a big way? The Ravens may need it immediately.

Baltimore currently has just two tight ends on the roster with Nick Boyle and Maxx Williams, who are both more blockers than pass-catchers. Combined, they made 55 catches for 289 yards and one touchdown last season. Meanwhile, Benjamin Watson caught 61 passes for 522 yards and four touchdowns.

The best veteran options at this point may be Martellus Bennett, Julius Thomas, Antonio Gates and Mercedes Lewis. More players could, of course, be released in the months to come as the draft and other factors shake up rosters. Baltimore could always make a trade as well.

Regardless, it may be asking too much to expect any rookie – even a Day 1 or 2 pick – to make a massive immediate contribution.

Todd Heap was the Ravens' first-round pick in 2011. He backed up Shannon Sharpe his first year and caught 16 passes for 206 yards and one touchdown. Dennis Pitta, a fourth-round pick in 2010, backed up Heap for a year and had one reception for 1 yard as a rookie.

Williams, a second-round pick in 2015, had the best production of any Ravens rookie tight end in team history when he logged 32 catches for 268 yards and one touchdown. He's since had major corrective knee surgery.

Whatever rookie the Ravens draft may not have an established veteran ahead of them, which could provide more opportunities, but there will still be a steep NFL transition.

"In terms of development, that's a position where a lot of times they're asked to do a lot of different things, and it takes a guy time to grow at this level with the speed of the game and the different things you ask them to do," Hortiz said.

"I think that's why you have some guys who may come in as a No. 2 and have solid production as a No. 2, but then they grow."

Ravens See Pass-Catching Tight Ends Throughout Draft, But May Still Need Another Veteran 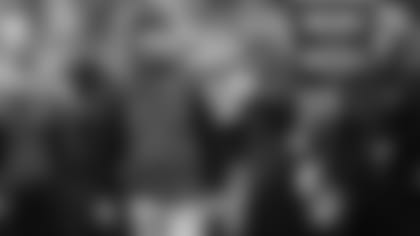 John Harbaugh isn't worried about his relationship with Marcus Peters. Odafe Oweh 'did the right thing' on Bills' final drive. Harbaugh wants roughing the quarterback calls to be reviewed.

Jason Pierre-Paul was thrust into action in his first game. J.K. Dobbins had more on his plate.

What the Bills Said After Comeback Win in Baltimore

The Bills talk about wrinkles they saw from the Ravens offense, Lamar Jackson, and their mentality in the comeback win.

The Breakdown: Five Thoughts on Ravens' Loss to Bills

Another blown lead at home stings. Another gamble doesn't pay off. Baltimore's secondary improved and linebackers must be next.

In his first game in a packed M&T Bank Stadium, Ravens running back J.K. Dobbins scored two touchdowns in the first quarter versus the Bills.

Get the history, stakes, key storylines, players to watch and fan poll for Sunday's Ravens-Bills game at M&T Bank Stadium.

Who Ravens Fans Should Root for in Week 4

The division foes are looking to hold off upsets and Patrick Mahomes goes against Tom Brady.

The Ravens have one of the NFL's most difficult quarterbacks to prepare for. Now they'll go against another unicorn.

Ronnie Stanley talks about the different approach he and the Ravens took after his second ankle surgery.