It may be the flashiest Super Bowl ring ever.

The Ravens' ring features a whopping 243 round cut diamonds. It's crafted in 10-karat white gold with yellow-gold highlights, and has a total weight of 380 grams (13.4 ounces). The carat weight is about 3.75 carats.

"Players, coaches and staff were excited when they received their rings, which symbolize our Super Bowl victory," Ravens President Dick Cass said. "Each ring is a personal reminder of what we achieved as a team this past season."

In the center, the Baltimore Ravens logo is outlined with 40 round brilliant cut diamonds sitting atop a custom-cut purple amethyst stone. The "B" is in yellow gold, the beak of Raven is in white gold and the eye of the bird is highlighted with red enamel.

The trophies are elevated on the top of the ring, which has a stadium-style top. It looks like the bowl of a stadium, outlined in diamonds, with the Ravens logo and trophies in the middle.

The left side of the ring features the player, coach or staff member's name. Below is the Ravens shield, with the Maryland state flag. It is flanked on each side by a team slogan popularized by Head Coach John Harbaugh, "Play Like A Raven," which signifies toughness, hard work and humility. The player's number or coach's title is below the shield.

The right side features the year 2012 in 10-karat yellow gold, set with 39 round brilliant cut diamonds. The yellow gold is reflective of the Ravens gold within the team logo. Below the year, the official Super Bowl XLVII logo is enhanced with three round diamonds in the top of the Lombardi Trophy.

The attention to detail doesn't stop there. Engraved on the inside of the ring is the Ravens team logo and Harbaugh's team mantra, "THE TEAM. THE TEAM. THE TEAM," meaning to do whatever is best for the collective team. To the side are the scores of the four games the Ravens won on their epic postseason run, featuring the logos of the corresponding teams.

Owner Steve Bisciotti got input into the ring's design, including from Super Bowl Most Valuable Player Joe Flacco and linebacker Ray Lewis.

"Every element of the ring was designed specifically to highlight the best qualities of each of the materials featured," said Chris Poitras, Jostens Director of Sports Sales and Marketing. "It's a singularly beautiful piece of fine jewelry that reflects the ultimate unity of the team."

Jostens has also created a custom selection of personalized jewelry and collectibles with designs inspired by the Super Bowl XLVII Championship ring that fans can purchase online at www.jostens.com/baltimoreravens. 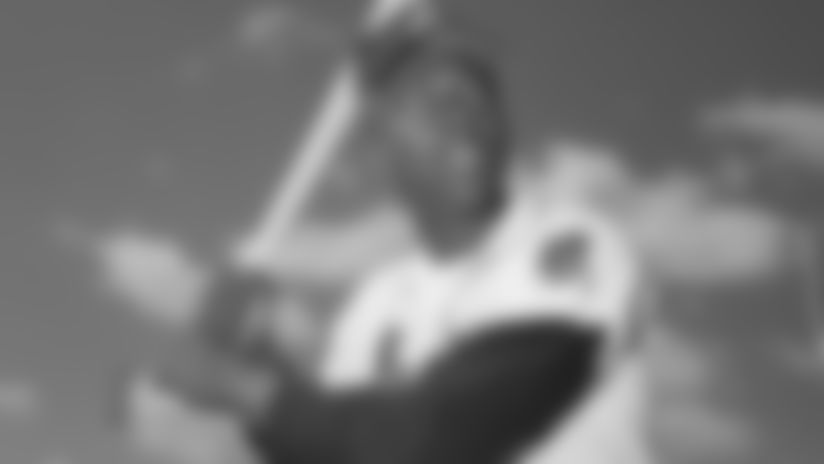 Hank Aaron, an iconic sports figure who passed away Friday, was a Ravens fan and hero to Executive Vice President Ozzie Newsome.

A standout at Clemson, Deon Cain was a sixth-round pick of the Indianapolis Colts in 2018 and spent the past two seasons with the Pittsburgh Steelers.

Matthew Judon, Yannick Ngakoue Would Both Be Welcomed Back, But Can Only One Stay?

The Ravens are predicted to be the No. 2 seed in the AFC next season. Baltimore has the second-toughest strength of schedule in 2021. The Ravens select an outside linebacker in The Baltimore Sun's latest mock draft.

Head Coach John Harbaugh said he expects cornerback Tavon Young to be ready for OTAs and Ronnie Stanley and Nick Boyle back by training camp.

From DJs to singers, Lamar Jackson joins an A-list cast of new additions to the game, but is the only American football player to make the cut.

Whether it happens this offseason or not, Head Coach John Harbaugh is confident Lamar Jackson will re-sign with the Ravens long-term.

John Harbaugh Would Like to Add a Big, Physical Wide Receiver, But He Isn't Begging

There will be a lot of talk about adding a free-agent wide receiver this offseason. But does it make sense financially and who would be a good fit?

The browser you are using is no longer supported on this site. It is highly recommended that you use the latest versions of a supported browser in order to receive an optimal viewing experience. The following browsers are supported: Chrome, Edge (v80 and later), Firefox and Safari.